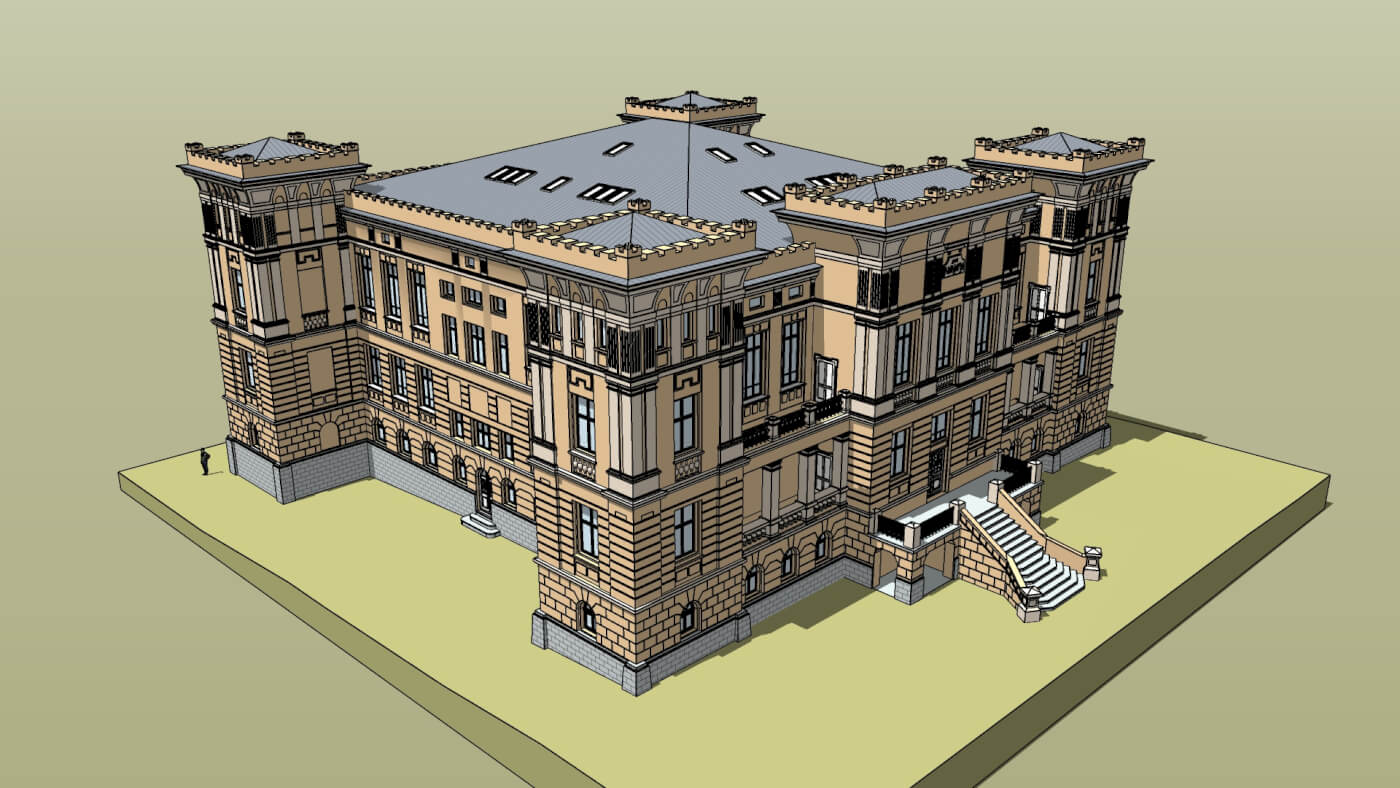 “Karađorđe’s Mansion” in Rači, near Kragujevac, was established as a home for children and orphans of the former “Dunavska banovina”. Its construction was financed from the Queen Maria’s Fund, and it was also helped by the citizens of Rača and the surrounding area. The mansion was built from 1929 to 1933 according to the architectural ideas and supervision of several architects, considering that the original designs were changed several times.

It is located at KP 332/1, KO Rača, which is positioned on the corner of Queen Marija and Karađorđeva streets.

Basically, the mansion is rectangular, with protruding towers flanking all four corners and frontal facade in the same manner, whose volume dominates together with the monumental staircase and porch, the main entrance party.

Apart from its original purpose, the building also served as an educational and school building for many years, and the last tenants were displaced persons from Kosovo and Metohija, after whose eviction it was left to decay.

“Karađorđe’s Mansion” and its associated plot are in very poor condition, although it can be said that the period in which the general degradation occurred, after the eviction of the last users, had a much greater negative and almost devastating effect on the building itself, than all previous years of existence.

The project for Rehabilitation of the facade and roof, replacement of carpentry and adaptation of the existing installations, which we made, and whose client is the local government of the Municipality of Rača, provides a detailed recording of the existing condition and elaboration of project documentation, which will enable the first phase of renovation.  In addition to the valorization of the existing condition, analysis and testing of materials, in the final phase of preparation of project documentation, the proposal of the program of works that need to be reported for the purpose of tourist activation of the facility was processed in detail.